What is a Sponsor in Addiction Recovery?

What is a Sponsor in Addiction Recovery? 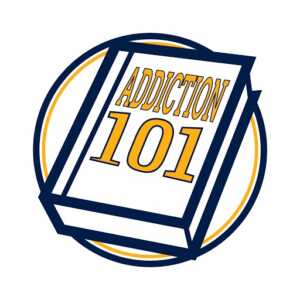 What is a Sponsor?
How Do I Pick One?

What is a sponsor? A sponsor is a sober man or woman who has been through the 12 steps of Alcoholics Anonymous and guides others through the steps.

Think of a sponsor as a combination of a built-in support system and an AA role model. A sponsor is someone that you admire for one reason or another, and someone that you trust enough to open up to completely. AA is a program based on peer support. In order to get and stay sober, you must learn to communicate your thoughts and feelings with other people in a healthy and productive way. Not only does your sponsor serve as a sounding board and a shining example of the gifts of sobriety, but he or she will teach you how to develop and foster a meaningful bond with another person.

How to Choose the Right Sponsor for You

Many people say that asking someone to sponsor them feels like asking someone out on a date for the first time. It can be an intimidating experience — you’re approaching someone you might have never met and essentially asking them if you can completely pour your heart out to them over and over again. It can be a little bit awkward at first. You might feel uncomfortable, but rest assured that this feeling is completely normal. As soon as you sit down over a cup of coffee or tea, one-on-one, with your sponsor, this discomfort diminishes quickly. You begin to understand how important it is to develop meaningful human connection.

It is important you feel comfortable with your sponsor after the first few meetings. Remember that if you don’t feel comfortable, or if you feel like maybe your sponsor doesn’t actually possess qualities you admire, it is okay to switch sponsors. However, if you take time to consider the following before choosing a sponsor, there is a good chance  you will not have to make that switch.

When choosing a sponsor, ask yourself the following questions:

Some other things to avoid when choosing a sponsor:

How Do I Get a Sponsor?

Once you think a person might make a good sponsor for you, you simply ask that person. If you feel uncomfortable asking them at the meeting, it is perfectly acceptable to ask them for their phone number or ask them to grab a cup of coffee after the meeting with you so you can get to know them one-on-one. Simply tell the person you are looking for a sponsor. Most individuals are happy to explore the possibility and get to know you better. If a person tells you they aren’t taking on sponsees, do not take it personally. It is better a person declines to sponsor you who might not have the time to dedicate to the relationship. It is not personal. Brush it off and ask the next person whom you admire. And remember, the person does not have to have the exact life you want — it is more important that you trust they have worked the steps with their sponsor and can take you through the same process. If you feel they can do that, then don’t worry if you are quite different. You might learn a lot from someone who is very different than you.

What Does a Sponsor Do?

What does a sponsor do, exactly? The most obvious role that a sponsor fills is walking people through the 12 steps of Alcoholics Anonymous. This is really the only requirement when it comes to sponsorship. However, most men and women who take on sponsees choose to fill the following roles as well:

What does your sponsor do as far as the 12 steps, other than walk you through them? He or she teaches you about each step individually — what it means, why it works and what principle it pairs with. Your sponsor teaches you the prayers that coincide with the steps, and listens to you go over your fourth step. This is a big one — because it is so crucial that your fourth step is comprehensive and that you really get into the nitty-gritty. It is important that you trust your sponsor enough to openly share your secrets. Your sponsor teaches you the importance of prayer and meditation, and helps you prepare to take other people through the steps when that time comes.

The History Behind Sponsorship

When Bill W., the founder of Alcoholics Anonymous, first conceived of the AA program, the word “sponsor” did not exist, but the concept of mentorship did. If you’re not familiar with Bill W.’s story, he was a low-bottom alcoholic who was facing his own death from alcoholism. While in the hospital, he had a white-light experience that alleviated his alcoholism just enough for him to leave sober. He was sober and doing well for a time, but one evening he felt a strong urge to drink. The story goes that Bill was standing in the lobby of a hotel. He looked over at the glitzy bar — people drinking merrily, celebrating and making liquor look glamourous. He knew he didn’t want to drink, but felt a strong pull.

Instead of going to the bar, he went to a phone booth. He called hospitals looking for another alcoholic whom he could help. When he finally got through to a hospital receptive to the idea of him coming in to speak with a patient, he jetted over. He was sent to speak bedside with another man who had been struggling with alcoholism in the same way Bill had been. That man was Dr. Bob.

Bonded by their common struggles, Bill W. and Dr. Bob became the first two members of Alcoholics Anonymous. The word “sponsor” was not used, but Bill carried the message to Dr. Bob, who in turn safeguarded his own sobriety by mentoring countless other alcoholics. Through sharing, both of AA’s co-founders discovered that their sobriety relied on them helping others. And, they found, that through serving others, their own sober lives were enriched beyond measure.

Over time the idea of sponsorship became more formalized. Now it is suggested that any individual looking to get sober should get a sponsor to guide them through the recovery process.

AA’s literature describes sponsorship as: “An alcoholic who has made some progress in the recovery program shares that experience on a continuous, individual basis with another alcoholic who is attempting to attain or maintain sobriety through A.A.”

At Guardian Recovery Network we take a comprehensive approach to recovery with an intensive focus on the 12 steps of Alcoholics Anonymous. Countless studies point toward the fact that the most effective addiction treatment includes a 12-step approach coupled with intensive behavioral therapy. While all of the treatment centers and medical detox facilities in our network focus on the steps, we are proud to offer one of the only true 12-step immersion programs in the country. To learn more about our available treatment options or to learn more about the ins and outs of sponsorship, contact us today.